As someone who lives with complex PTSD, and has done a ton of work to cope within the parameters, I understand what happens in my brain when triggered; fight or flight response and the subsequent emotional hangover.

After years of working on this, I still have times when I am triggered and go into an emotional flashback. There is no cure for C-PTSD, but I do know that what used to take me three weeks to bounce back from, now takes three days, or three hours. Progress.

When blindsided by a triggering experience however, I react in the same ways I always have. Heat rushes up my chest and face. My eyes well up and overflow. The shaking starts, stomach tightens painfully, nausea sets in and I want to crawl under the couch, curl up in the fetal position and become invisible.

The pounding heart. The racing thoughts. The torrent of splintered emotions. The only thought that makes sense is RUN!

My sympathetic nervous system is flooding my body with cortisol and adrenaline. All these symptoms indicate my window of tolerance has slammed shut with a bang, and I have to go through the process of grounding myself.

Recognizing that I am in the middle of an emotional flashback, which isn’t like in the movies where they portray someone who has been at war having a flashback, where they see the scene in front of them, potentially losing grip on their surroundings and going back there mentally. Neurologically, an emotional flashback means that my pre-frontal cortex has gone offline and everything is being transmitted to my amygdala, which is the emotional hotbed in the limbic system of the brain.

In essence, because there is no timestamp capability in the amygdala, my brain says, Danger! Danger! and my emotions don’t know that I’m not six years old, about to be abused again.

I am not transported mentally to that time or even realize that it’s happening until I’m in the midst of it. It’s purely emotional, and it’s beyond overwhelming.

One of the tools I use is to recognize that I’m safe now. Telling myself over and over, ‘safe-you-are-safe-you-are-safe,’ and slowly it will start to recede. It’s like Sissyphus pushing that boulder up the mountain, yet I never reach the top. Don’t get me wrong, I know this too gives me gifts. I get to help others to heal trauma layers in my coaching, which is incredibly fulfilling.

In the moment however, literally wanting to die, I feel so broken.

I’m expressing this rawness, because yesterday I experienced severe gas-lighting, and once again, was triggered.

I consider the person whose behavior triggered me a ‘fringe-friend.’ Fringe because I don’t see her often. We don’t know each other very well, and conversations are very one-sided. I have learned she is a very self-involved person. She plays the better than/less than game. I recognize she doesn’t see this, so I try to be kind, while still setting boundaries.

However, I made the mistake of inviting her to my home. As expected, the conversation was mainly about her, but then as she turned it to my separation from my husband, she started data mining.

I haven’t written about the separation yet, I’ve been running the gamut of grief emotions, working on staying in today and healing. The codependency trait of trying to ‘fix’ everything and everyone is fading to rose colored, from the bright red of anger, hurt, and abandonment. I’m good with that today. 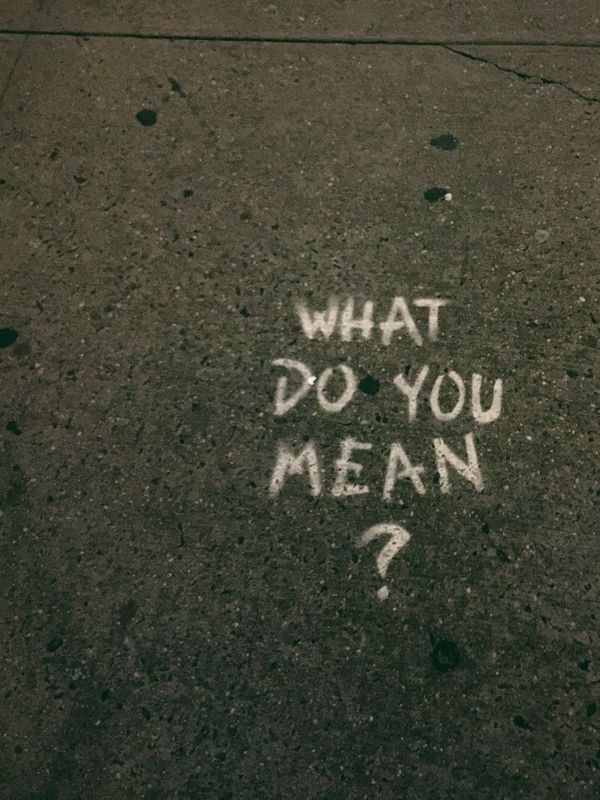 My fringe-friend wasn’t subtle, she doesn’t do subtle. She ‘Mom’d me, treating me to a snapshot of my childhood. She questioned everything I was doing, dissecting each piece to find fault. She tore me down, and then said it was out of ‘love’ she was doing this. It’s the refrain I heard often growing up, the whole ‘this-is-for-your-own-good’ speech.

The confusing rush of words. The angry accusations. The circular logic.

She’d say one thing, and when I would respond, she would say, ‘you are being defensive,’ or ‘you are justifying.’ She would state that I have already made a decision, I know what I need to do, but I am not doing it. When I said, I haven’t made a decision, she said I wasn’t being honest with myself. I said I thought I was, and I have close friends in my world who lovingly hold me accountable. She responded with, ‘You don’t have to make a decision right now.’

Wait, what? You just said…thus the cycle of gas-lighting was on track. 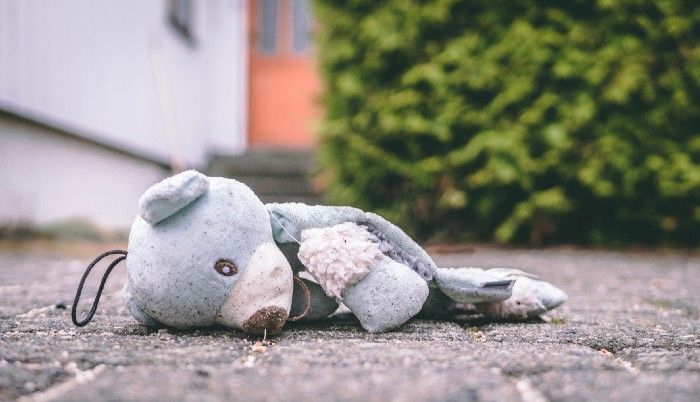 This conversation threw me into a full-on emotional flashback. I was flummoxed because she kept flipping the script. My Mom has been gone over ten years, but my Littles’ were SCREAMING inside me, like I was a little girl again, it was the same scenario. I was so triggered, it didn’t even occur to me to use the tools I have learned. She created such a toxic, abrasive space, in the place I consider my sanctuary and I literally wasn’t the woman I have worked so hard to become today, I was vaporized.

She had me questioning myself, my reality, my feelings. If she’d had her way, I would have given up on the man I love, thrown the separation out the window, and filed for divorce. No compassion, no conversation, just done. Then I could have projected bitterness and anger on someone else.

Two months ago, the issues with my husband were getting worse day by day. He had very little willingness to address his part. I had set a boundary months before. If he chose to not look at his always-angry-defensive reactions, we would need to separate. For both our sake’s. The rut we were in was so damaging. As a result, he is seeking therapy, listening more, and we are starting to heal. The issues were never about loving each other, it was about living with each other.

That being said, this friend has decided I’m weak if I do separation, instead of just ending the relationship. Additionally, in her mind, if I stay in the relationship, after the separation, I am failing. Going to couple’s therapy is selfish. Making the decision to end my decade long primary relationship, should be as easy as which size shopping cart I choose at the market. 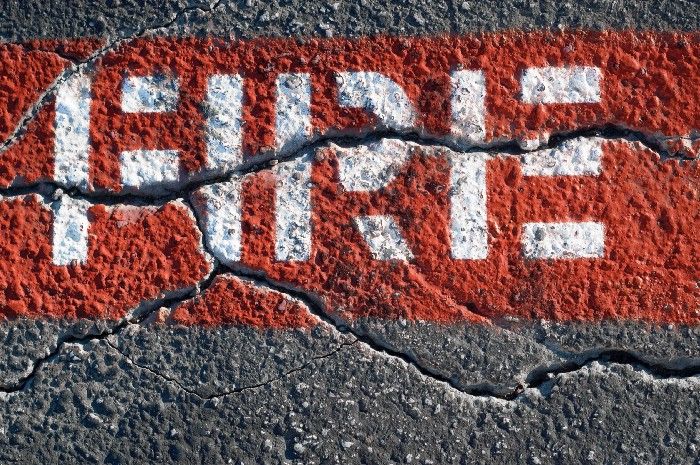 It was crazy-making gas-lighting and it hit all the beacons of my past, tripped my fire alarms and made me doubt myself, my reality, and fear the future.

I am under no delusion of the outcome, we may not end up together. This would be an incredibly painful shift in my life. This isn’t a Disney movie. It’s gritty, loving, painful and hard to be married to someone with developmental trauma, while being a trauma survivor myself. No matter how tough the process is though, love and tolerance are my code, and boundaries are my self-respect shield. In my opinion, waiting is a super power. Internal self-care tells me that valuing my heart, mind and spirit are just as important as valuing someone else’s.

I am enough and so are you.

So is my fringe-friend, but I choose to know that at a distance. Boundaries, people. 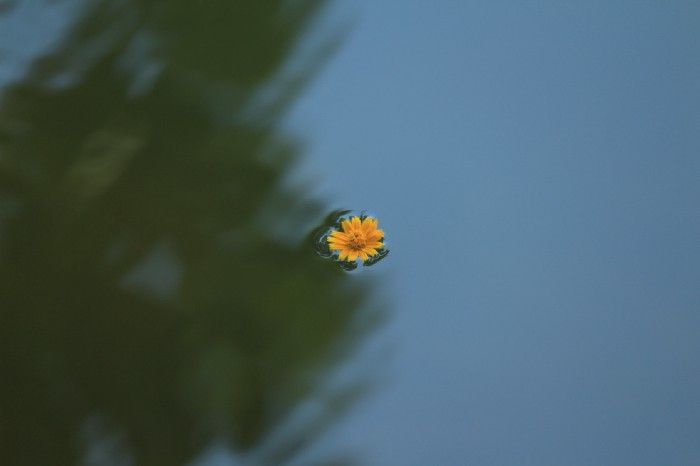 Years ago, I would have wanted to retaliate, in ego and in pain. Today, I recognize, her pain is great. Hurt people hurt people. So I choose to not spend time with her. If asked, I will tell her why. Beyond that, I’m done and at peace with that decision. Her journey is hers, mine is mine.

No one gets to tell us how to live our lives, and I am going to make mistakes along the way. Those mistakes are learning opportunities. Lifey-life is full of challenges, and joys, and suffering. It seems I learn a lot through the struggles. While they are painful in the moment, feelings and emotions are transitory. In the meantime, I love the place that I’m in.

There is no two-ways about it, but man does it feel good to bounce back in safety and love. I didn’t create my trauma, but I am responsible for what I put into my growth and healing. And, today I get to choose what I allow.