Why Perfectionism Is Actually Shame

Imagine a beautiful field of wildflowers, blowing in the soft breeze, vibrant reds, purples, green along with muted pale pinks and yellows. All those flowers in this immense field as far as the eye can see and I’m standing in front of it, in the bright sunshine. Sounds beautiful, but there’s a problem.

So I’m actually looking at the flowers, waving in the wind and searching for the one weed in the middle of the field because, it has to be perfect and that one weed would wreck everything. And, in my mind if I find the one weed and yank it out, THEN it will be perfect. But I turn around, and maybe see another weed.

And, so it goes on, because I can never live up to that inner dialogue of self-shaming perfectionism vomit. In my journey, I couldn’t even experience the beauty of the flowers, and the sun because I would be so hyper-focused on potential weeds.

As a trauma survivor, I always had that underlying feeling of never quite measuring up. Never being as good at things as the next person. It was one of the lies that my abuse taught me and I felt intense shame over it, the emotion of shame showing up as a fundamental internal sense that who I am isn’t okay. Never good enough. My shame was always the answer to anything that went wrong, inward projection of fault-finding, because everyone else had to be ‘better’ than I was.

My inner critic voice sounded a lot like my Mom when I wouldn’t fulfill something as well as what I saw others doing. As an adult, the way that has manifested in my daily life, is through being a perfectionist. I always thought I was simply trying to be the best I could be, but when I really looked at it, I could see that I could do a great job at something but in my mind and heart I truly believed I could have done it better or that someone else could have accomplished more. So that begged the question, what does living in perfectionism look like? 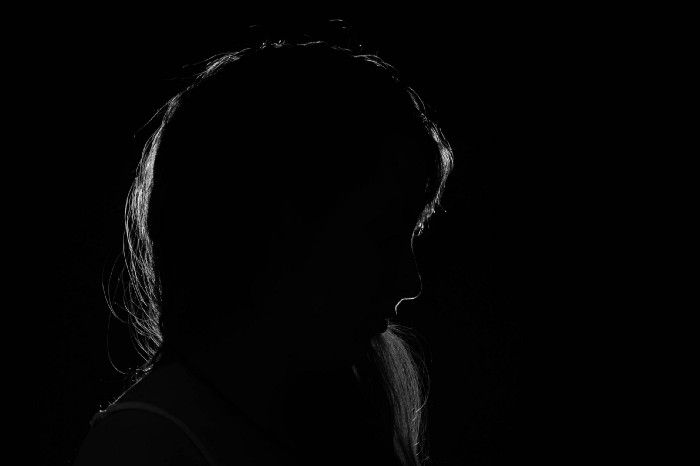 When I got a promotion and called my Mom to say ‘I got it, isn’t that great,’ and she said, ‘Oh yes, BUT that’s not much of a salary increase, why even take it, you know my neighbor’s daughter is an attorney and she just made partner? Now, that’s a promotion!’ By the end of the conversation, my beautiful promotion didn’t seem like such a good thing, I’d allow it be bashed in my mind and heart, the work I put into getting it completely minimized and viewed as not as good compared to what someone else is doing. Shame won that round, in true codependent fashion I fed my monster with resentments over the promotion and job, rationalizing that my Mom was right and I was wrong.

(Nurturing resentments is exhausting, but that’s a whole other article.)

I ended up leaving that company for a different job, not too long after that. I let myself be effected on a core level by listening to one of my abusers, discounting my feelings, self-sabotaging and keeping score, never measuring up in my own mind, thus I was unworthy and my inner critic could say, ‘see, I told you so.’

Trauma survivors will compare ‘our insides to someone else’s outsides.’ I think ‘oh I should be further along in this area, look at her she has it all together and she looks great, is the perfect Mom, does yoga 12 days a week, works 80 hour weeks and is a gourmet chef.’ Now what I see on the outside may not be the reality of her life, because we all struggle. Shame has a way of warping our thinking until it’s our reality, however shame is not rooted in reality. It’s based in our perception of self and the situations, we attach our meaning to experiences, because of where we’ve been.

Another scenario is taking the promotion and it is beyond great, but I can’t see how wonderful it is, because I keep looking for the weed in the field of flowers. Self-shaming as perfectionism is a cycle that just goes round and round, because there are so many ways I can clobber myself.

Something is either right or wrong, positive or negative. Thoughts are either one extreme or the other, rather than really seeing the behavior of people and situations and allowing for any grey area. I learned this as a young child, if I did something once, my parents assumed I would do that behavior across the board in any similar situation. I had no choice but to adopt this as my truth, as shame is a protective emotion and if I don’t risk ‘trying,’ then I can’t be hurt.

It’s all about emotional safety. Shame keeps us safe.

I thought if I threw myself into projects, ideas, concepts and mastered them that I would finally be accepted and loved. “Throw caution to the winds,” wasn’t just a phrase it was the MO by which I attacked trying to be accepted. I couldn’t be a team player because I was so busy driving the struggle bus. The level of control was out of control. My standards for myself and others drove me to ruin relationships, rationalizing that if they had just done it the way I thought it should be done, we would have been fine. Bottom line, failing wasn’t an option and if you were going to cause me to fail, I was outa there. Shame drives us deeper into self-defeating and self-destructive behaviors. 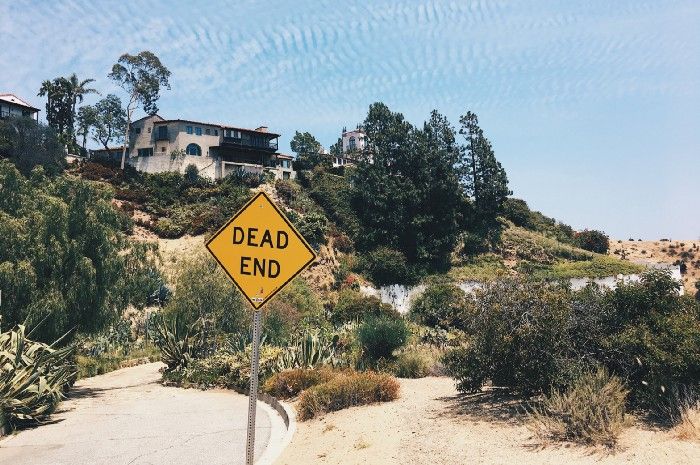 The drastic nature of black and white thinking, the extreme polarization allows shame as perfectionism to lay in the shadows and enter every relationship.

If you were going to be close to me, you had to adhere too. That’s a harsh reality to face of oneself. I was behaving in this way and it was like how my Mom treated me. Shame drives us all the way, even when I thought something was ‘perfect’ I still did a round of ‘shoulda, coulda, woulda’ in my head. I should have, I need to, I would have…my sense of self was defined on what I accomplished and how good I thought it was and it was never good enough, the toxic productivity which our culture promotes as the standard.

When I made a mistake, I would fixate on it to the exclusion of anything positive that had come out of the situation. Demandingly high expectations of myself drove me to keep going. I didn’t realize this at the time, but of course I missed out on a lot of beautiful, messy lifey-life experiences because I was so driven to silence the shame that lived in me.

I couldn’t look at an experience or a mistake and recognize, own and tend it as an event. I took any misstep as an utter failing of my core self. In my mind, you may have liked me, but in my heart I knew that if you really knew the true me, you’d run. So I’d put all these expectations on myself to shine brighter than anything, and then you’d stay, but of course I was waiting for the other shoe to drop. 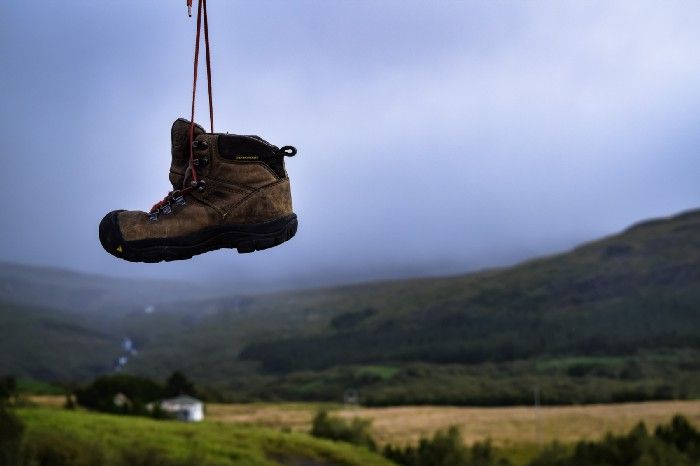 The complete paradox about perfectionism is how would I even know if I was by some miracle, able to achieve it? Or would I just keep cycling through the ‘it’s not good enough’ shame spiral?

I was filled with empathy for others, but never myself. Therapists told me to learn to ‘love myself’ and it was like they suggested I grow another arm. How does one combat this deep level of shame and come out the other side? It’s like swimming in the abyss, darkness all around. I couldn’t imagine being kind to me, isn’t that selfish?

Turns out, it isn’t selfish. I realized that to learn to love myself, I had to start with liking myself. Liking who I was is not easy, but it starts with self-compassion and letting self off the hook. Talking back to the inner critic, being the self-observer and getting curious, questioning everything.

It starts with doing the best we can, whatever that looks like and accepting that it’s okay to feel the way I feel. Coming out of the dysfunctional family that I did, I couldn’t have done it any differently. I learned that shame can be healthy, it wants to keep me safe, but a little bit goes a long way and it’s not a comfortable emotion.

When I could walk through an event, letting myself feel the emotions rising up in my body, and shifted the energy from ‘I’m not good enough,’ to ‘I am doing my best,’ it helped to silence the shame voice. I was able to start to separate myself, my core, from the things I did. 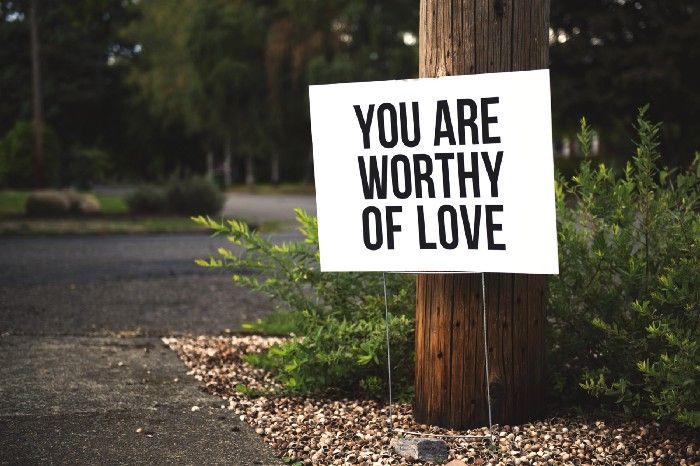 And that started, slowly to build a little bit of, ‘I’m doing okay.’ This grew to I’m okay, and you are too, even when we do things, that before were perceived as not good enough. Self-compassion and compassion for others. It’s an enormous process to deconstruct the shame and the broken core beliefs which drive daily behavior, and there are many pitfalls and shame spirals in the healing.

Today, I know that I am better with it, I care for myself and others differently. I’ve learned that sometimes watching someone I love fall, doesn’t mean it’s my job to pick them up. That being adultified/parentified at an early age set the stage for expectations I could never fulfill. That when I catastrophize life events, my shame is just waiting in the wings ready to spring on my back. When that happens, not if, I can either run and try to hide or I can give him a pat on the back and say ‘oh yeah there you are again, I’m not buying what you are selling today.’ I’ve learned that self-care is about being good to myself, my boundaries. 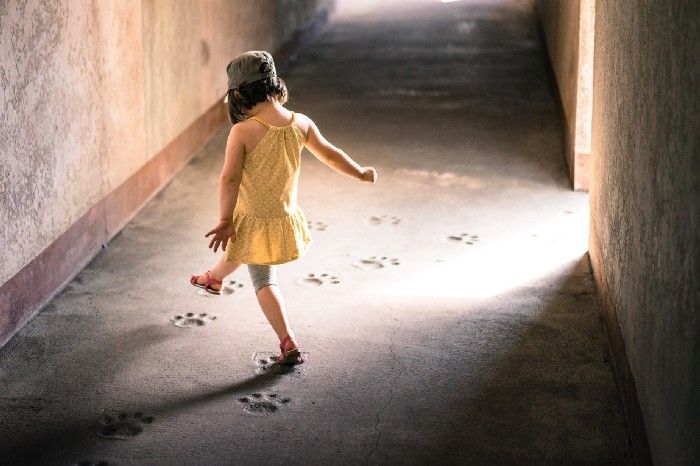 So I will go back and proof this article, and I will correct the spelling. What I won’t do and SO would have before is to pick apart every word and hidden meaning. It’s good for my self-love to be vulnerable and recognize that I have something to offer and it’s okay if it’s not perfect. I’m not perfect. Hear that Mom? I’m not perfect and I love that I’m here.